UMaine's Fogler Library purchases a broad range of materials to support research and teaching needs on campus. On this page, you will find a selection of works in Fogler Library, and beyond, that emphasize the potential impacts of climate change on populations throughout the world. This interdisciplinary subject is growing in visibility, and is the subject of course work throughout the university.

This list of resources corresponds with a film series on the same topic. See the flyer below. This year's series is jointly sponsored by Fogler Library, the Climate Change Institute, the Communication and Journalism Department, the Department of Anthropology, and the School of Marine Sciences. For more information, contact Jen Bonnet.

Selection of Videos in URSUS 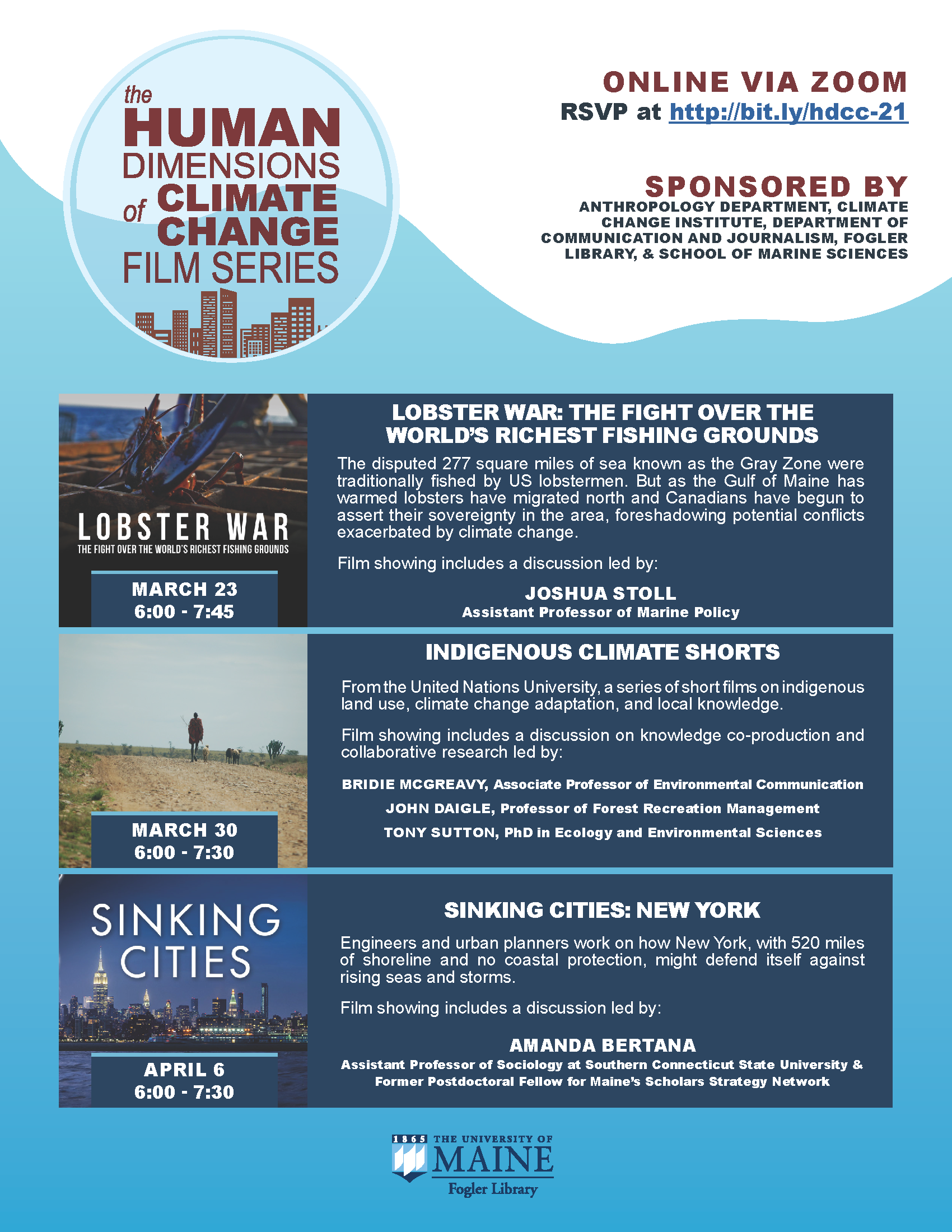 Lobster War: The Fight Over the World's Richest Fishing Grounds (via URSUS)
The disputed 277 square miles of sea known as the Gray Zone--the swath of water surrounding Machias Seal Island at the entrance to the Bay of Fundy--were traditionally fished by US lobstermen. But as the Gulf of Maine has warmed lobsters have migrated north and the Gray Zone's previously modest lobster population has surged. As a result, Canadians have begun to assert their sovereignty in the area, contesting American claims to the bounty and foreshadowing potential conflicts exacerbated by climate change.

Most of the world's great cities stand on coastlines and rivers and today they are in grave danger. Billions of people are living in the face of disaster. As the earth warms, sea levels rise, and super-storms become more frequent and more intense, many major coastal cities will soon be under water. Sinking Cities is a fast-paced four-part series that shows how New York, London, Tokyo and Miami face similar and also individual dangers - and how they are preparing for the real-time impact of rising seas - devising colossal new construction projects, and groundbreaking solutions aimed at securing their infrastructure. Challenges include rising seas, stronger storms, heavier rainfall, flooding rivers, even tsunamis. Solutions require heavy engineering and changing minds. We meet the ambitious engineers, innovative researchers, and determined first responders - individuals who are determined to adapt these cities and ensure they survive. Sinking Cities is about the huge threat facing four global cities - and what is being done to save them. This episode focuses on New York's adaptation strategies after Super Storm Sandy. 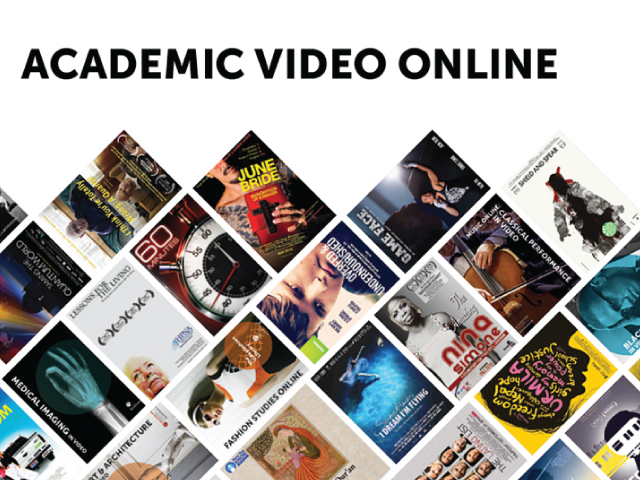 Selection of Books in URSUS