What is Fake News?

Fake News is a recent term for an old phenomenon: misinformation. These published articles are designed to look like news, spread virally, and draw on people's strong emotions.

People may publish misinformation for a variety of reasons, including:

Fake News has become much more prevalent due to the spread of social media and our reliance on internet sources. Some politicians may use the term "fake news" to disparage reputable news sources that report unflattering information - this is not the type of fake news covered in this guide. Instead, we focus on misinformation, disinformation, and disreputable information sources. This guide will help you tell fact from fiction, and build your skills in navigating the world of information.

According to Melissa Zimdars at Merrimack College, there are numerous categories of fake news. Here are some to look out for:

These are news sources that publish articles that spread falsehoods. They may do so for a number of reasons, and may include some accurate news on their site to appear credible. Fake News is often shared on social media sites, and relies on either outraging the reader or confirming their suspicions.

One effective way of commenting on political or cultural events is through satire. Satirical articles are designed to mislead you momentarily in an attempt to critique or ridicule a situation. However, they can become damaging if they are shared as "News," and it is important to have them clearly labeled and understood as commentary rather than fact. Satire sites should include disclaimers on their website, often in the header or on their "About Us" page.

​Articles that use a shocking headline to drive traffic to their site are considered clickbait. Often, these headlines are not supported by the article they link to, and may be about a completely different subject. Clickbait generates significant advertising revenue for the website due to the high volume of clicks.

Websites that include fake news may also try to link unrelated events together to prove that there is a conspiracy. They often rely on the argument that "It hasn't been disproved, so it must be true." Find corroborated evidence before believing these types of claims.

States may produce their own misinformation in order to maintain control of a country, or give power to a leader. Any news source that is produced, published, or written by the government or politician should be verified by an external and unbiased source.

Current News on the Topic of Fake News and Misinformation 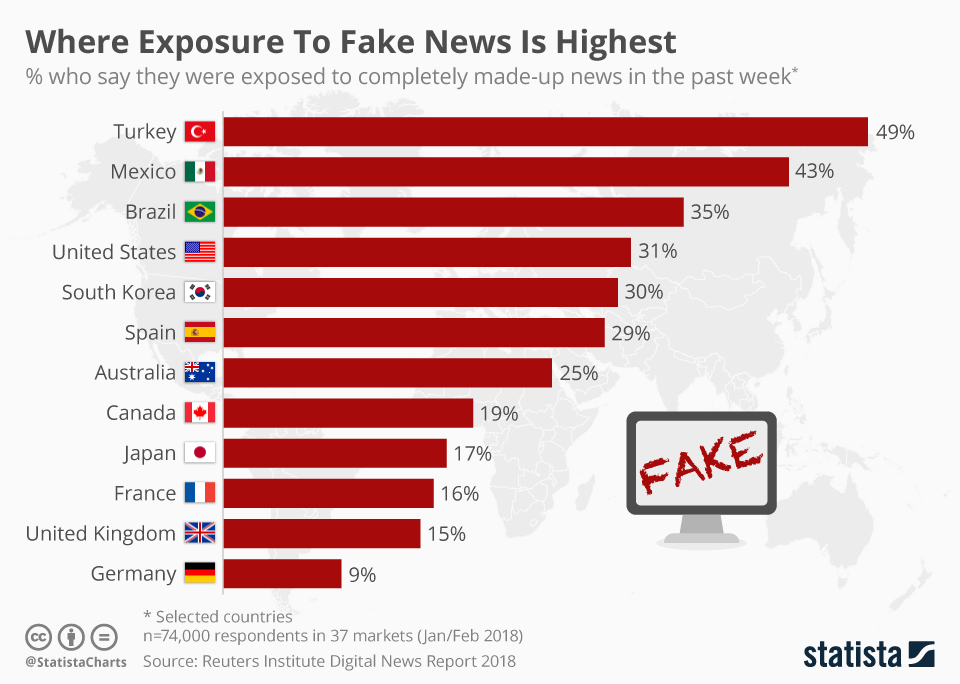 You will find more polling data and infographics at Statista.

Why Do Our Brains Love Fake News?

Research on why our brains can so easily make us believe that false or misleading information is real news, from PBS.

Can you Tell Real News from Fake News? Play Factitious to Find Out! 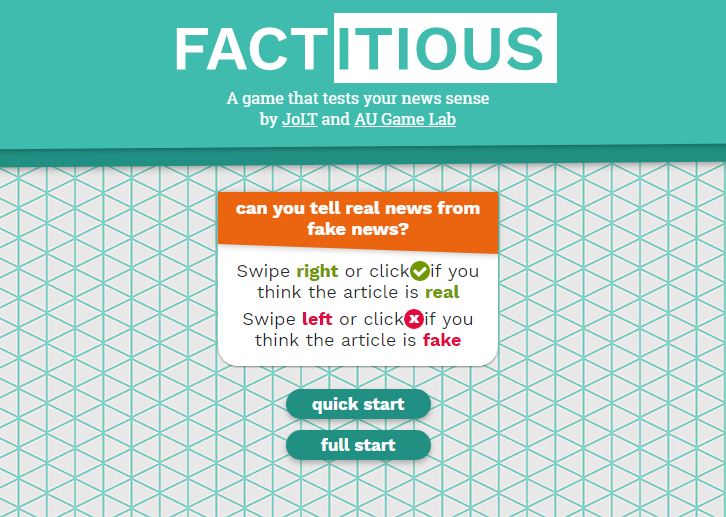 Take this quiz where YOU examine images of real social media content and decide whether it's from a legitimate account or an internet troll. 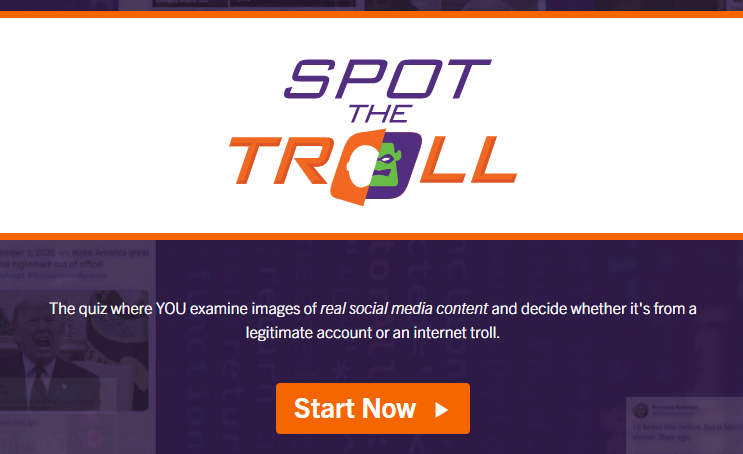