World War I, also called First World War or Great War,  an international conflict that in 1914–18 embroiled most of the nations of Europe along with Russia, the United States, the Middle East, and other regions. The war pitted the Central Powers—mainly Germany, Austria-Hungary, and Turkey—against the Allies—mainly France, Great Britain, Russia, Italy, Japan, and, from 1917, the United States. It ended with the defeat of the Central Powers. The war was virtually unprecedented in the slaughter, carnage, and destruction it caused.

World War I was one of the great watersheds of 20th-century geopolitical history. It led to the fall of four great imperial dynasties (in Germany, Russia, Austria-Hungary, and Turkey), resulted in the Bolshevik Revolution in Russia, and, in its destabilization of European society, laid the groundwork for World War II. (Britannica Online, "World War I")

The United States in World War I

The National Museum of American History (Smithsonian):  World War I
"The year 2017 marks the centennial of the official United States involvement in the First World War. It would not be an exaggeration to say that this world-altering historical event marked the dividing line between historical and modern America. The war drastically changed the world, thrusting the United States onto the global stage and exposing millions of Americans to foreign lands and modern warfare. Immediately after the war erupted in Europe in 1914, though their country remained neutral, Americans became involved in the war effort both individually and through organizations. After war had raged on “over there” for almost three years, the United States officially intervened in April 1917."

Maine in World War One 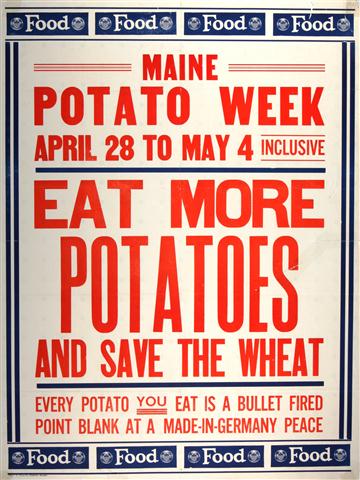 World War I and the Maine Experience (Maine Memory Network)

World War I Posters at:

Canada and the First World War

The Canadian Encyclopedia
"The First World War of 1914–1918 was the bloodiest conflict in Canadian history, taking the lives of more than 60,000 Canadians." 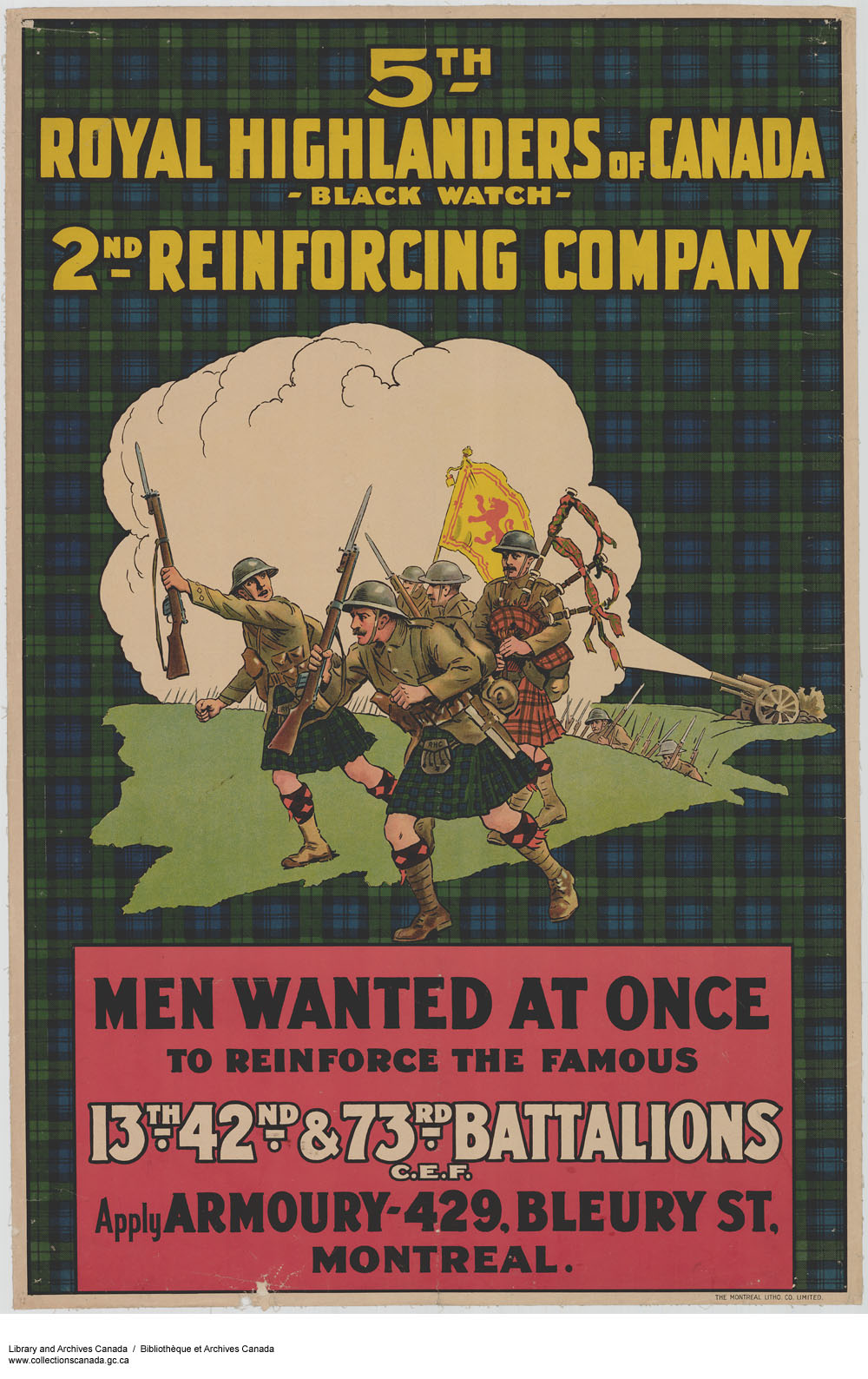